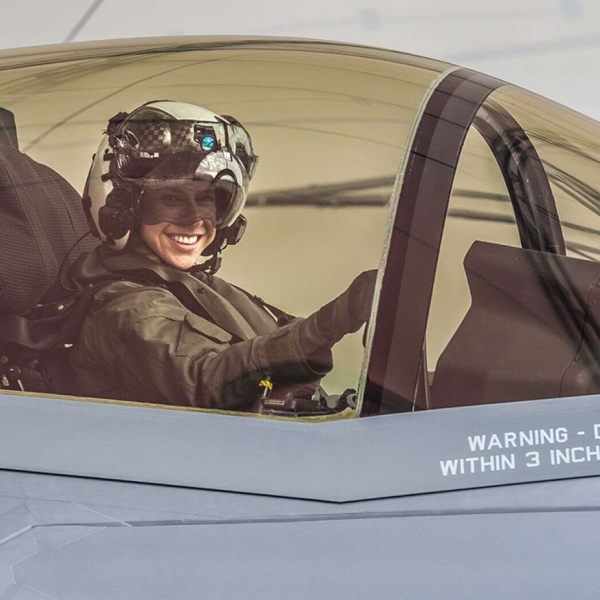 A commercial helicopter pilot from Idaho has become the first woman in the Marine Corps to fly an F-35 fighter jet, a supersonic stealth aircraft.

“The first flight in an F-35 is by yourself,” Satz said. "The syllabus thoroughly prepares you for that first time you take off and for every flight after that, it’s an exhilarating experience."

Now, with over 300 flight hours under her belt, Satz is set to pilot the F-35B Lightning II as part of Marine Fighter Attack Squadron 121, the Green Knights, in Iwakuni, Japan. The aircraft is designed to operate from short-field bases and near front-line combat zones, the Corps said.